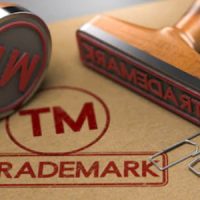 According to a report from Complex, rapper RZA—the de facto leader of the famous Wu-Tang Clan hip hop group—has filed a multi-million dollar trademark infringement lawsuit against several e-commerce stores. RZA alleges that “bootleggers” are selling merchandise with the official, trademark-protected Wu-Tang Clan logo without the proper legal authorization. In this article, our Florida trademark & copyright infringement attorney provides an overview of this case.

Recently, the famed Wu-Tang Clan hip hop group launched a renewed official merchandise store. As part of the rollout, the group’s leadership is reportedly taking legal action against many internet based “bootleggers” that are selling unofficial, unauthorized merchandise that includes the trademark-protected Wu-Tang Clan logo. In the official trademark infringement complaint, the company names a number of different e-commerce stores as defendants. The Wu-Tang Clan is seeking a wide range of different forms of relief to remedy the trademark infringement, including:

The Challenge: Defendants Believed to be International

As is often true with e-commerce based trademark infringement claims, this has the potential to be a challenging case for the plaintiffs—at least in the sense that it will be challenging to identify the defendants and hold them accountable for paying damages for the violation of IP rights. Several of these e-commerce operators are believed to be based internationally, including in China.

In many cases, the e-commerce stores engaged in trademark infringement at essentially “fly-by-night” operations that are often based abroad and have little direct legal contact with the American market. It can be difficult to even identify the parties that are running these operations—let alone to get them to respond to a legal case in Florida, New York, California, or anywhere else in the United States.

At Perkins Law, our Florida trademark law attorney is standing by, ready to protect your rights and interests. If you have any questions about trademark infringement claims, we can help. Call us now or send us a direct message to arrange your confidential appointment with an attorney. With a law office in Boca Raton, we provide trademark infringement representation throughout South Florida, including in Miami, Hialeah, Fort Lauderdale, West Palm Beach, and Jupiter.