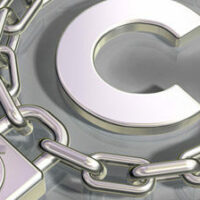 On March 19, 2013, the United States Supreme Court in Kirtsaeng v. John Wiley & Sons, Inc., 568 U.S.____(2013), addressed the question of whether the “first sale” doctrine applies to goods manufactured and sold abroad. In Kirtsaeng, a student from Thailand studying in the United States asked his friends and family back home in Thailand to purchase foreign edition English-language textbooks in Thai book shops and send them to him in the United States. The student then sold the books, reimbursed his family and friends, and kept the profit. The book manufacturer filed suit claiming that the unauthorized importation and resale of the book infringed the manufacturer’s copyright. The Court held that the first sale doctrine applies to the importation of copies of a copyrighted work lawfully made abroad and found no infringement.

The “first sale” doctrine is an exception to the principle under copyright law that a copyright owner has an exclusive right to distribute copies of a copyrighted work. 17 U.S.C. §106 (3). The “first sale” doctrine provides that once a copy of a copyrighted work has been lawfully sold (or its ownership otherwise lawfully transferred), the buyer/owner of that copy and subsequent owners are free to dispose of it as they wish. 17 U.S.C. §109 (a). There is also an importation restriction which provides that importing copyrighted work acquired outside of the United States infringes the copyright owner’s exclusive right to distribute copies of the work. 17 U.S.C. § 602(a)(1). Prior opinions of the Supreme Court, had not addressed the issue of whether the “first sale” doctrine applies to a product manufactured abroad. Previously, the Supreme Court had addressed in Quality King Distributors, Inc. v. L’anza Research Int’l, Inc., 523 U.S. 135 (1998), the situation where the copy, although purchased abroad, was initially manufactured in the United States and, thereafter, sent abroad and sold. In the Quality King Distributors’ case, the Court held that the First Sale Doctrine applies when the imported goods were originally made in the United States.

L.A. Perkins is the founder and managing member of L.A. Perkins Law Firm PLLC in Boca Raton, Florida. L.A. focuses her practice on counseling, litigation and mediation in the areas of trademark and copyright law, employment law, and business disputes. You can reach L.A. at 561-910-8923 or lperkins@laperkinslaw.com.

By Perkins Law | Posted on April 16, 2013
« Employers Must Use New I-9 Form
A Trademark Battle With Oprah Winfrey »